Death Of A Great Friend 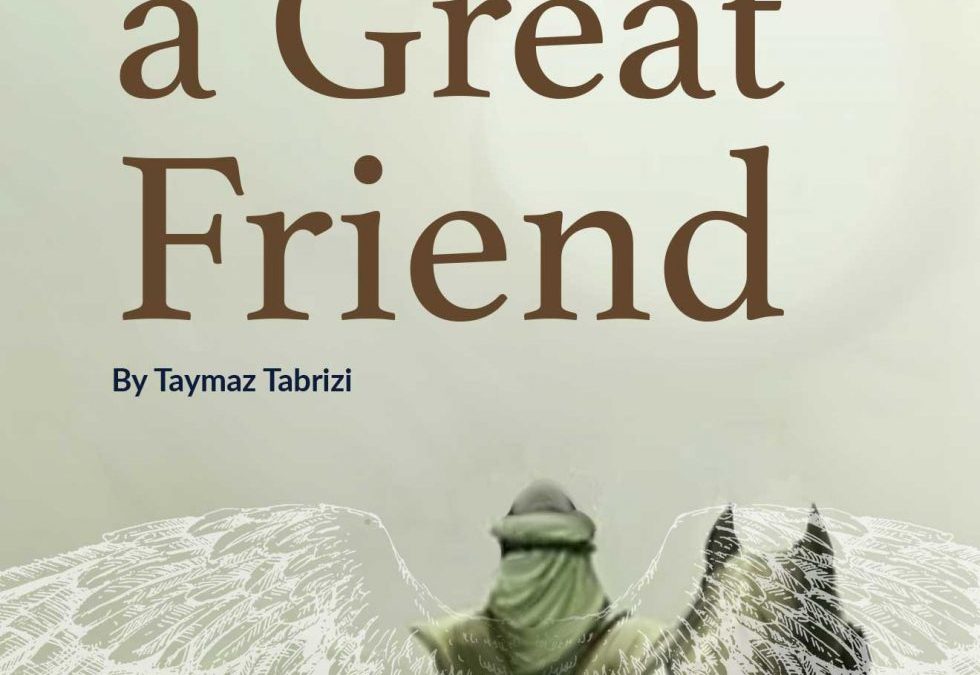 When the Muslims Met the Byzantines in Battle: the Story of Jaʿfar ibn. Abī Ṭālib

Since the dawn of Islam when the Prophet Muhammad (ṣ) first received revelation from Allah, the world was hostile towards him (ṣ) and Allah’s religion. From the beginning of his prophethood until the end of his life, many people, tribes and nations sought to bring Islam down.

Most of the battles Muslims faced during the lifetime of the Prophet (ṣ) were against fellow Arab tribes in the Arabian peninsula. In 629 A.D, things took a different turn when the first battle between Muslims and Byzantium (the Christian Eastern Roman Empire, also known as Rūm in the Qur’an) took place. The conflict was known as the Battle of Muʾtah, a village in what is known today as Kerak, Jordan.

Like other merchants, Muslims used trade routes in the Levant (Greater Syria region) to conduct commerce. However, as a Byzantine vassal state ruled by the Christian Arab Ghassānids, who were openly hostile towards Islam and Muslims, the inhabitants regularly looted and raided Muslim caravans.

“Proceed, but neither break pledges, nor act unfaithfully in regard to war booty, and do not mutilate the killed, do not kill children, nor kill monks in their monasteries.” (Jāmiʿ al-Tirmidhī)

The Byzantine emperor was soon alerted to the Prophet’s (ṣ) mobilization and dispatched a large Byzantine force to defend the Ghassānids; some historical accounts state that over 100,000 troops were deployed to fight the Muslims.

The Prophet (ṣ) had appointed his cousin Jaʿfar ibn. Abī Ṭālib as the commander of the force. Jaʿfar was the son of his uncle Abū Ṭālib and the older brother of ʿAlī ibn. Abī Ṭālib (the Prophet’s (ṣ) cousin and son-in-law). In the early years of prophethood, Jaʿfar had led Muslim refugees to safety in Abyssinia. These new Muslims were escaping persecution and murder from the Meccans. Jaʿfar had managed to secure safety from the Christian Negus (ruler) of Abyssinia at the time. Abyssinia is alternatively known as Ethiopia. When Jaʿfar returned to Medina after some time, the Prophet (ṣ) was most ecstatic to see him for he had missed him dearly with all of his heart.

Going back to the battle with the Byzantines and Ghassānids, if Jaʿfar were to be martyred as first in command, he was to be replaced by the second in command Zayd ibn. Ḥārithah, and following him ʿAbdullāh ibn. Rawāḥah. Some sources state that it was Zayd who had been first in command, but more reliable historical sources demonstrate that it was indeed Jaʿfar who was the first commander of the force.

All three of the commanders were martyred as a result of the Byzantines entering the battle. Despite heavy losses, the Muslims managed to use a few tactics that proved to be advantageous. One of these was to move troops around at night, making it sound as if reinforcements were being introduced. By applying these tactics they made the Byzantines think that their army was larger than it actually was and thus forced a stalemate, allowing the Muslims to evacuate safely and the Byzantine forces to retreat.

The battle was not a victory for the Muslims but it did provide them with much needed experience in Byzantine warfare tactics. This would become useful when the Muslims defeated the Byzantines a few years later. Some reports also suggest that due to the defensive force used by Muslims, the trade routes became safer for Muslim caravans and merchants in the Levant.

The battle nevertheless left the Prophet (ṣ) in much pain, not because of the Muslims’ retreat but because of the martyrdom of his (ṣ) beloved cousin, supporter and friend Jaʿfar ibn. Abī Ṭālib.

When the Prophet (ṣ) learned of his death, he (ṣ) cried deeply. The first thing he (ṣ) did was to visit  Jaʿfar ibn Abī Ṭālib’s children. While he (ṣ) was caressing the heads of the children, Jaʿfar’s wife Asmāʾ bint ʿUmays stated: “O Messenger of Allah (ṣ), you are stroking their heads as if they are orphans.” Upon hearing this, the Prophet (ṣ) informed her of Jaʿfar’s martyrdom and she wept.

Historical sources state that Jaʿfar sustained some fifty to ninety wounds on the front of his body with around twenty-five of those on his face. He had no wounds on his back, however, which demonstrated that he never turned his back in battle.

Because of his bravery, courage and sacrifices in battle, the archangel Gabriel informed the Messenger of Allah (ṣ) that Jaʿfar would be given wings in the next life and would fly with the angels. It is for this reason that he is known as Jaʿfar aṭ-Ṭayyār (Jaʿfar the Flyer of Heaven).

Jaʿfar was particularly dear to the Prophet (ṣ). The Prophet (ṣ) was an orphan and was raised by his uncle Abū Ṭālib, growing up in the same household so that Jaʿfar was like a brother to him (ṣ). Jaʿfar was one of the first converts to Islam and led a group of Muslim refugees to Africa in order to save their lives from the Meccan persecutions.

When Jaʿfar would go into battle, the Prophet (ṣ) always missed him dearly. For example, when the Muslims conquered Khaybar in 628 AD, one of the most important battles in early Muslim history, and Jaʿfar returned, the Prophet (ṣ) said: “ I do not know which event makes me happier, the arrival of Ja’far or the conquest of Khaybar!”

Having been raised with the Prophet (ṣ), Jaʿfar also adopted the Prophet’s (ṣ) character and sense of charity. The Prophet’s (ṣ) companions agreed that Jaʿfar was most generous to the poor wherever he went. Even when he had little to eat, he would offer all he had to the poor and let the homeless lodge in his home as if it was theirs.

Jaʿfar ibn. Abī Ṭālib’s grave is located in modern day Kerak, Jordan, which is where the Battle of Muʾtah took place. His tomb is still standing and an important site for Muslim and non-Muslim pilgrims all of the world.